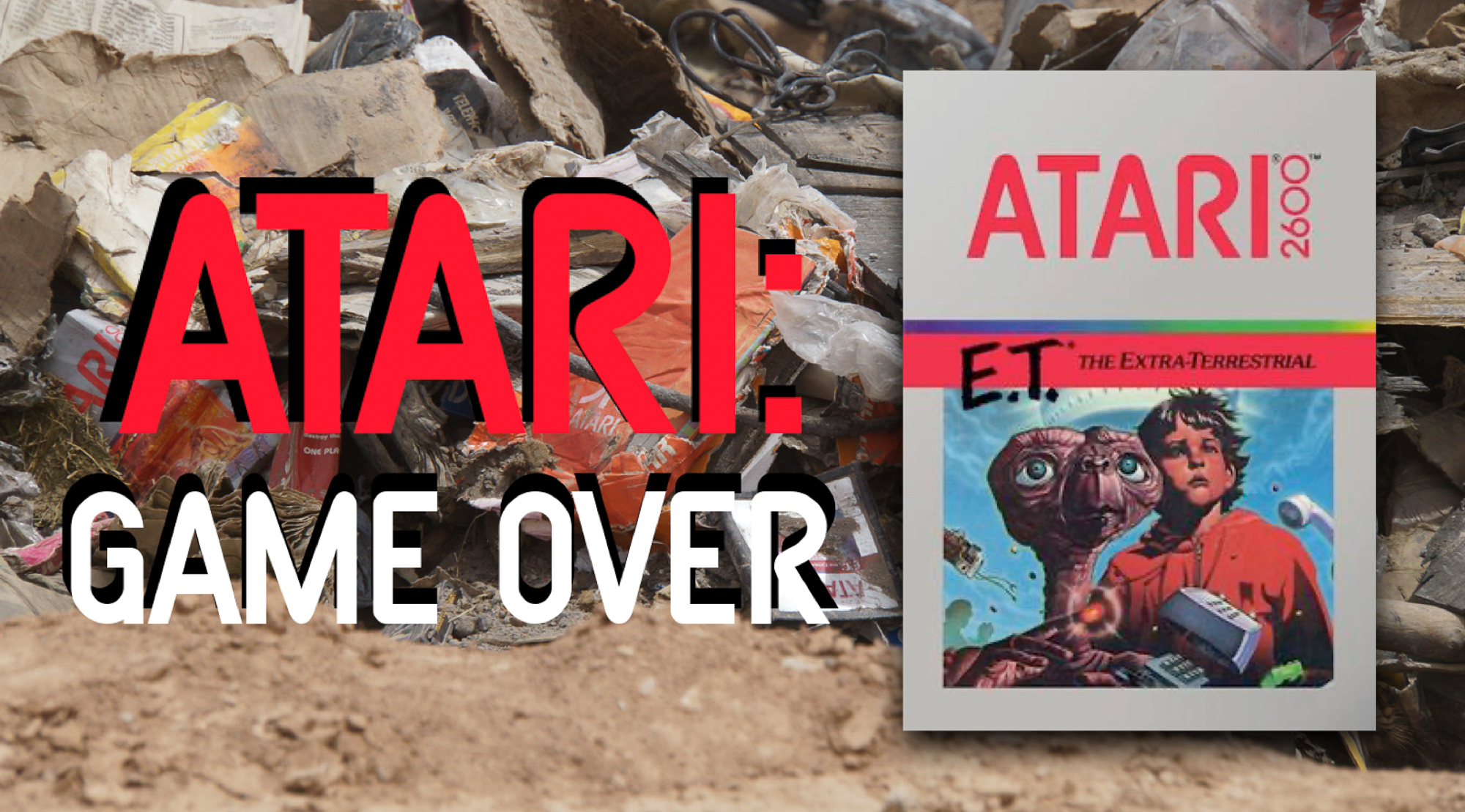 September 1983. Clouds of dust envelop large trucks arriving at a New Mexico landfill site in the dead of night. Thousands of video game cartridges are crushed in concrete and buried in the Alamogordo desert. An urban myth or truth stranger than fiction? Rumour and counter-rumour circulated for years until one group decided to find out the truth by hunting for the burial site and literally, digging up the truth.

What they found would shed light on one of the most catastrophic events in the history of the video game industry – a tale of corporate risk mismanagement involving “The Worst Video Game in the World”.

The ET video game debacle has gone down in video game history, but even over 40 years later, it offers valuable insights into how robust risk management controls could have saved the Atari game company. It had led the way in the development of the Electronic Entertainment industry, now reckoned to be worth something like $150Bn/year in revenues – yet the business behind the powerful brand failed, leaving behind little else than logoed T-shirts and geeky memories.

In 1982, film director Steven Spielberg was the hottest property in Hollywood. He had already directed Jaws and Close Encounters of the Third Kind, and the year before had directed the hugely popular Raiders of the Lost Ark, which had been turned into a video game by renowned Atari developer, Howard Scott Warshaw.

So, when Spielberg began directing ET: The Extra-Terrestrial, the film production company was keen to cash in with an accompanying video game. This would have been the second movie licensed video game that the team at Atari would work on, and Spielberg’s approval of Warshaw’s previous work meant that the then 24-year-old developer was hand-picked to lead this next collaboration. However, in order to get the game produced and in the shops in time for the lucrative Christmas market, those involved were thrown headlong in a race against time.

Time pressure is one of the biggest dangers in effectively managing risks and can lead to spectacular mistakes being made. Corners are cut, procedures are shortened, checks and balances are swept under the carpet, optimism biases are unchecked, and so it proved with the production of the ET video game.

To start with, legal wrangling between the film company and Atari meant signing the deal to distribute the game took much longer than expected. By the time negotiations ended in the summer of 1982, Warshaw was given just 36 days to produce the game in order for it to be ready for distribution. In contrast, Warshaw had spent ten months working on the successful Raiders of the Lost Ark game.

He worked round the clock to deliver, but Atari had no time to run rigorous testing, meaning the code was filled with glitches that badly affected gameplay – there was no risk identification that showed this was critical to product success, or impossible to be fixed after release.

When the game was released, sales were high and ET was a commercial success, but when children opened the games on Christmas Day and started playing with them, the tidal wave of negative reviews of the game began to overwhelm Atari and sales plummeted.

The ET debacle was just one of several problems at the time for Atari, which was also suffering from a slump in game quality caused by outsourcing game design, and quality control, to other developers in order to increase the number of games it could offer. It also had to contend with an industry-wide decline in video game sales that led to a crash in the video game market the following year, this caused by a saturation of new but low-quality games to the infant market, putting buyers off.

The management at Atari was completely disconnected from production… This was a case of people believing they could do nothing wrong. Everybody at Atari thought ‘we’re on top, no one can touch us, we can do anything’.

A fertile culture for growing risks…

Digging themselves into a hole

By 1983, Atari needed to get rid of hundreds of thousands of game cartridges it couldn’t sell, so decided on a landfill site in New Mexico, which had laxer disposal laws than other places. Up to 20 truckloads of games were buried there at night, where they remained until 2014 when thousands were unearthed during a dig at the site by a group looking to determine whether the urban myth was true. Among those watching was Warshaw and a film crew, who produced the documentary Atari: Game Over.

Had Atari delayed getting the game into shops, it would have drastically reduced its exposure to risk. But downside risks only make sense when considered in relation to the upside rewards they bring. By reducing its risk through keeping quality checks in place, it would have reduced its opportunity for reward by missing out on the lucrative Christmas market. As with everything in risk management, it’s about finding the right balance. But Atari were so focused on upsides, they had no business language or structure to consider the pitfalls they were beginning to stack up over themselves.

And, as Warshaw explained, he had spent his life living in a hurry and the ET game suffered out of that same attitude. By the time he was put on the Raiders of the Lost Ark project, he would be becoming the first person to make a video game based on a movie. After spending ten months on the coding, feedback, reprogramming and quality control of the Raiders game, when he showed the final product to Spielberg, the film director likened the game to a movie. To a young Warshaw, this was the highest commendation he could receive on his work. Once the game was released, the responses were encouraging, with popular magazines, such as The Space Gamer, praising Raiders as “the adventure cartridge of the year”.

The firm conviction the team at Atari and Warshaw had of their success, based on the Raiders game, made them overestimate their power to deliver something as profitable and innovative as their pioneering game, but at a fraction of the time they would have had to spend on it. And this misguided sense of overconfidence went on to become a critical blow, amongst other failures, to what once was a superpower that controlled eighty percent of the video-game market.

A string of successes often allows organisations into believing they are unshakable, almost incapable of failure and blinds them to the risks right in front of them. A risk myopia, if you like. As businesses, we can use Atari as a cautionary tale on how important good risk management can be to right-size this confident approach, to a realistic ability to deliver business objectives and a determination to understand what factors add and subtract value from our enterprise.

Ultimately, Atari did not have the maturity as a business to purposefully shape the prevailing risk culture that would have helped their organisation to continue to grow and perhaps, be the biggest player in what is now, a massive global market. They played the game and they got buried instead.